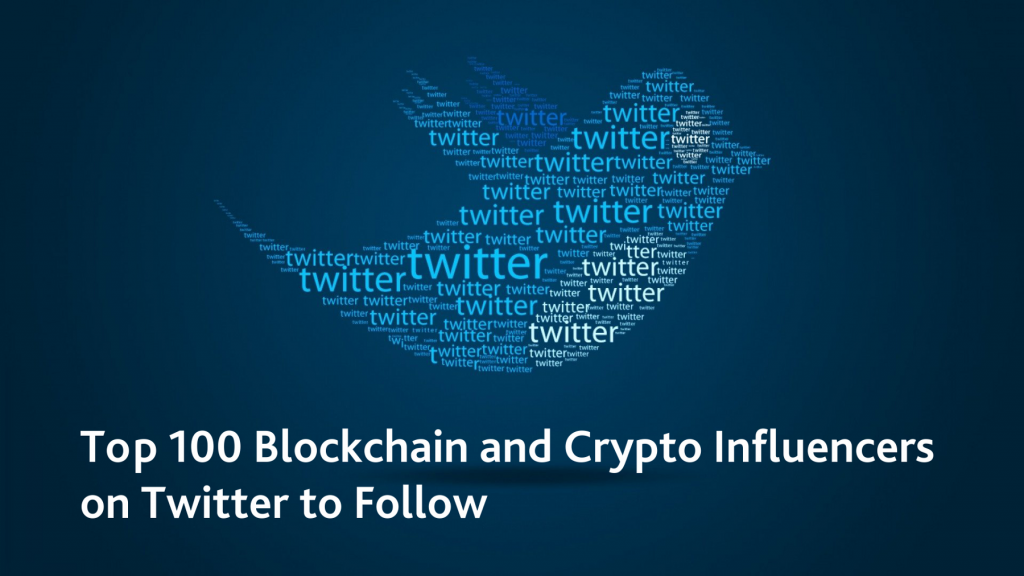 Twitter is a great source of information, especially if you deal with cryptocurrencies and blockchain technologies — it helps to stay up to date and have your finger on the pulse of the market not only by reading the news but also by watching the influencers.

The XTRD team has compiled a list of Twitter accounts you probably would be interested in following if you work in blockchain & crypto related fields. Of course, there are hundreds of them, but we decided to select the one hundred most popular people in crypto space, based on relevance and the number of followers.

Cryptocurrency enthusiast and creator of Litecoin. Ex-Director of Engineering at Coinbase and Managing Director of the Litecoin Foundation.

CEO of the instant Bitcoin and altcoin exchange ShapeShift.io.

Computer scientist, legal scholar and cryptographer known for his research in digital contracts and digital currency. The phrase and concept of “smart contracts” was developed by this guy. Also designed Bit Gold, which many consider the precursor to Bitcoin.

Creator of Statoshi and Infrastructure Engineer at Casa. At the moment, he’s most interested in opportunities within the Bitcoin and crypto asset ecosystem.

Entrepreneur and developer, co-founder of Smartereum.

CTO at Ripple and one of the original architects of the XRP network.

Crypto trader, investor and venture capitalist since 2013. Featured in Cointelegraph and HuffPost.

CTO of Coinbase and co-founder of Counsyl, Earn, Teleport, and Coin Center.

Crypto writer. Does some data-driven research on cryptocurrency as an investment and has publications on Forbes, CoinDesk and BraveNewCoin.

Builds products at CoinShares. Teaches at MIT and Oxford University. Investor and advisor.

Founder of Atlantic Financial, host of Satoshi Roundtable, Board Member at Bitcoin Foundation.

Founder of NEO, CEO at Onchain.

Full-time Bitcoin writer since 2014. Contributor at Forbes and BitcoinMagazine. Featured on Nasdaq, Business Insider and Motherboard.

Venture capitalist. Before she started investing, Arianna was a PM at BitGo, where she was the third employee. Prior to BitGo, she worked at Facebook in Global Marketing Solutions and at Y Combinator-backed Shoptiques, where she ran sales.

Bitcoin Core developer, known in the Bitcoin world as Luke-Jr. Founder of Eligius mining pool. He has made over 200 contributions to Bitcoin Core, and maintains the Bitcoin Improvement Proposals section on GitHub.

Open-source developer and distributed systems advocate. Co-creator of Interledger and Founder at Coil.

Nathaniel writes about technology and finance for New York Times. Author of Digital Gold, a history of Bitcoin.

Software developer and cryptocurrency serial entrepreneur. Created the cryptocurrency platform BitShares, was a co-founder of the blockchain social platform Steemit, and is CTO of EOS, with the company block.one. Creator of the DPOS consensus algorithm and Graphene technology.

Bitcoin economist. Author of The Bitcoin Standard: The Decentralized Alternative to Central Banking.

Blockchain entrepreneur and co-founder of Blockstack, a network for decentralized applications. Princeton Ph.D.

Founder of Tetras Capital and Lawnmower.

Cryptolawyer, Director of Research at CoinCenter, Board Member at Zcash Foundation, Juris Doctor at NYU Law.

CTO and Co-Founder of BitGo. Previously, Ben co-founded Beluga, which was acquired by Facebook, and became the basis for Facebook Messenger.

Co-Founder at Bloq and Founding Partner at Tally Capital.

Founder of Etherplan. Creates articles and videos with research and reviews of the best blockchains, sidechains, and decentralized apps.

Director of Research at Satoshi Nakamoto Institute. Writes articles about the economics and technology of Bitcoin.

Founder and Executive Director at BitGiveOrg.

Bitcoin trader and enthusiast, graphic designer and writer/journalist at Bitcoin.com.

Please let us know if you think that there anyone that should be included in this list or excluded from it, and share your ideas about any other similar overviews.