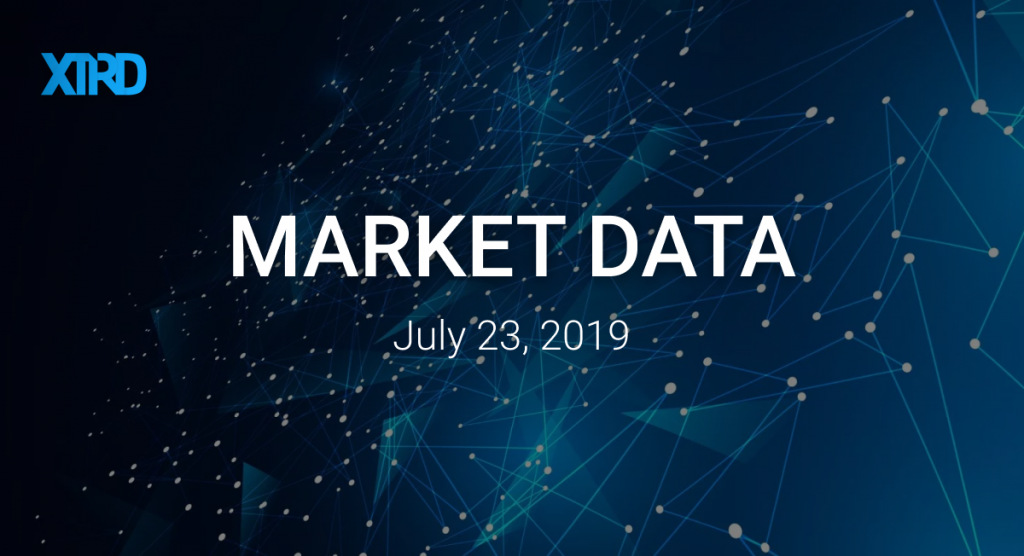 Bitcoin Cash (BCH) is hard fork (a community-activated update to the protocol or code) of Bitcoin that took effect on August 1st, 2017 that increased the block size to 8MB, to help the scale the underlying technology of Bitcoin. Nov 16th 2018: BCH was hard forked again and split into Bitcoin SV and Bitcoin ABC. Bitcoin ABC became the dominant chain and took over the BCH ticker as it had more hashpower and majority of the nodes in the network.

Stemming from Bitcoin Cash, BSV is a hard fork (community-activated update to the protocol or code) established as distinct from BCH after the network upgrade scheduled for November 15th, 2018 resulted in a hash war determining the chains would be split. According to their website, the Bitcoin SV project is primarily backed by CoinGeek Mining with development work by nChain. 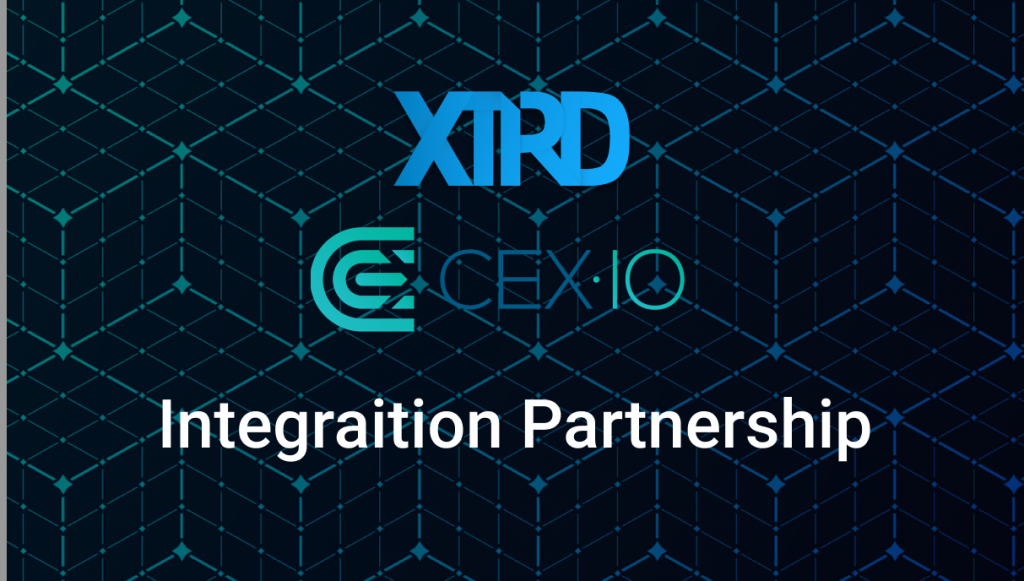 This article was originally published by Businesswire.com

NEW YORK–(BUSINESS WIRE)–XTRD, a technology company building Wall Street-grade institutional trading products for cryptocurrency trading, has announced their integration with CEX.IO, a global cryptocurrency exchange with over 2.7 million users which recently announced their expansion into the US market. The partnership will integrate existing and future XTRD trading products with CEX.IO and create a CEX.IO institutional services division that utilizes XTRD-based products. XTRD CEO, Alexander Kravets, and CTO, Serge Gulko, will assume CEO and CTO roles of CEX.IO’s US offices and lead the institutional division of the company.

“The collaboration of XTRD with CEX.IO provides us with an incredible platform to service institutional clients with existing and future XTRD products, working together as originally described in our white paper,” said Alexander Kravets, CEO of XTRD and CEX.IO US. “We will continue to build products and services in the XTRD ecosystem, but we will now have the ability to leverage the CEX.IO platform, which is fully regulatory compliant and licensed across many jurisdictions around the world, including much of the US and EU. As many exchanges have recently announced their plans to leave the US market, CEX.IO will be moving in, and this is a great opportunity for both companies to join forces and build a top-notch, first of its kind institutional trading services and technology division.”

XTRD and CEX.IO will jointly offer an institutional product where CEX.IO institutional clients will be able to utilize the worldwide XTRD market data and order routing network with a unified FIX API and Virtual Private Server/Colocation services, allowing for access to most liquid digital asset exchanges with just one standard API and hosting hardware for high-frequency traders and hedge funds in XTRD’s secure cage at Equinix NY4. Existing XTRD clients can open accounts at CEX.IO and leverage their crypto fiat gateway with reliable worldwide banking, margin trading, payment services, clearing, proprietary AML/KYC solutions, and licensing in multiple jurisdictions including Gibraltar, US, Cyprus, and the UK. XTRD will manage these direct relationships and engage in institutional business development.

In addition, the two companies will collaborate on the joint development of the XTRD Single Point of Access (SPA) product leveraging XTRD routing technology with CEX.IO’s liquidity worldwide and combined XTRD and CEX.IO digital exchange relationships. SPA allows professional traders to trade across multiple exchanges with aggregated liquidity and one access point, freeing them from the headaches of maintaining multiple accounts and API integrations across disparate exchanges while bearing counterparty risk. CEX.IO will custody all accounts and settle trades in compliance with local regulations worldwide, while XTRD will handle the technical and order routing mechanism, as well as relationship management.

The XTRD utility token will be accepted as a means for payment of services of joint institutional XTRD/CEX.IO products and a liquidity pool is planned at CEX.IO to facilitate XTRD token purchases by product users.

“Our partnership with XTRD becomes a foundation for the whole line of services that speaks to the needs of our institutional clients,” says Oleksandr Lutskevych, CEO of CEX.IO Global. “These clients require mature and robust technology and tools to capture opportunities offered by the digital asset landscape. As clients’ interests have always been a top priority at CEX.IO, working with the talented team of XTRD, allows us to provide the level of service that our professional clients deserve. Single Point Access is the first product we’ll be ready to launch with XTRD over the course of this year. It will mark the beginning of the entire ecosystem of products, which we look forward to bringing to market with our joint effort.“

CEX.IO has recently launched a dedicated US presence after obtaining nine Money Transmitter licenses. The company can immediately serve residents in 28 states, with plans to eventually expand to all 50 states. CEX.IO was founded in 2013 and was one of the first crypto exchanges to offer purchases of cryptocurrency for credit and debit cards. CEX.IO maintains a strong network of payment service providers and banking relationships and actively collaborates with regulators to adjust local laws to the fast-pacing blockchain industry. 2.7 million registered users across 224 countries and territories use CEX.IO products and services for all their cryptocurrency needs.

XTRD was founded in 2017 by a team that has over 30 years of combined extensive real-world experience building robust, battle-tested trading systems in FX, Equities, Derivatives, and other instruments. They have specialist knowledge in all facets of brokerage services, execution, market data, trading platforms, clearing, settlement, algorithmic trading, and automated trading systems. XTRD principals and advisors have worked in active trading firms all over the world as well as large financial institutions. 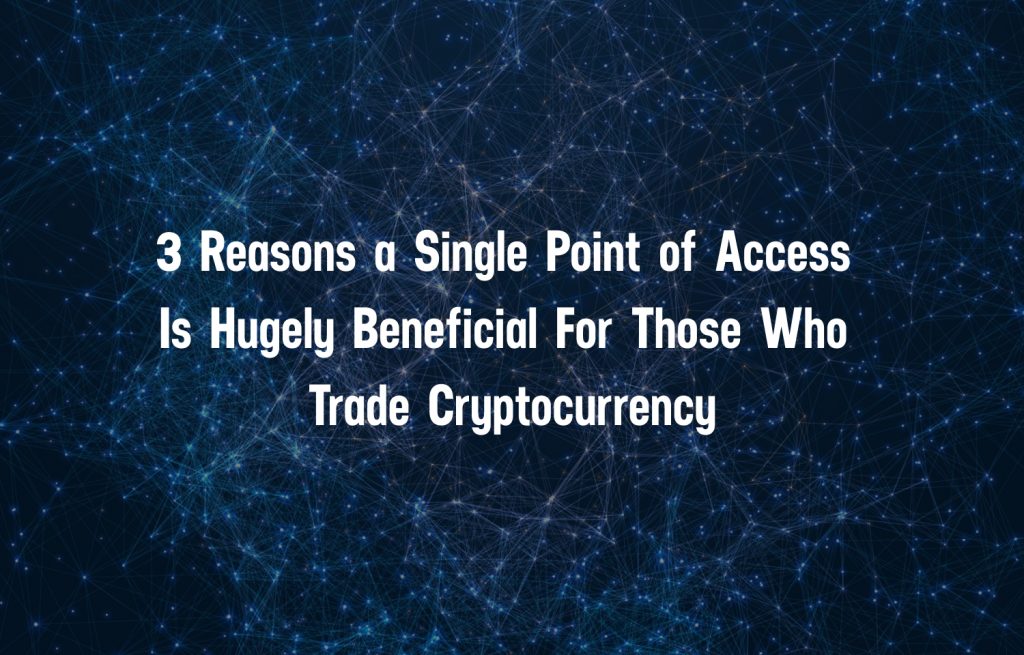